No, I’m not asking you that question, but it is the title of the new song I’ve just released for 2017.  It will soon be available all over the internet including, Itunes/Apple Music, Amazon.com, CDbaby.com and many other places.  I sing about the immoral, petty and annoying things that some people do to their neighbors, the song focuses on stealing, but it could apply to anything else people do against their fellow man/woman. If you don’t hear them playing it on your favorite radio station, call them and ask them to play it for you. Among the radio station that is playing it in jamaica is IrieFM and BestFM. If you hear it on other stations around the world, please register and leave me a comment letting me know where you heard it.

Click on this link to hear the song: “A Wah Wrong Wid You?” 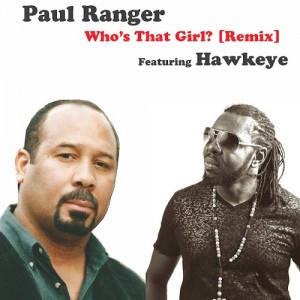 What is the Remix like?   The EP has two tracks which are Lovers Rock Reggae with a heavy base line that lovers can dance to, and two R&B tracks.  1 is a DJ Collaboration with the artist Hawkeye  done in Reggae style.  As Paul Ranger sings about the girl in question, Hawkeye taunts him about his inability to approach her while he has all the confidence in the world. On track 2 Paul Ranger performs alone with the same reggae ‘Riddim”(PC Riddim) which is the creation of Sly Dunbar (Sly and Robbie) and his crew. Track 3 is the same DJ collaboration with Paul Ranger and Hawkeye except that, this version was done in R&B style with a sub base sound, and is the creation of Ed Robinson well known for his recording of “Knocking On Heaven’s Door.”  On track 4 Paul Ranger performs  alone with same R&B music.  If you love both Genres or just one style you’ll love two of the tracks or all four versions of this song.

You can get it at cdbaby.com and soon at most on-line music retailers including Amazon and ITunes

Before the Remix and “Love Things”There was The Single:

“Who’s That Girl” with 5 tracks 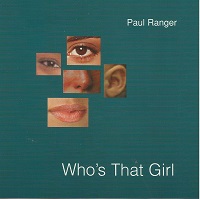 This CD can be gotten at Amazon.com

Then Came The CD Album:

5. If You Take Your Love

7. Heaven Gave You To Me

9. Stay With Me (Featuring Kelley Eburne)

This Music can be gotten at: itunes,   cdbaby.com, broadjam.com  Listen at: jango.com